Dr. Vedder obtained her medical degree from the New York Institute of Technology College of Osteopathic Medicine. After completing her residency at Steven and Alexandra Cohen Children’s Medical Center of New York, Dr. Vedder remained on staff as a chief resident in 2012. 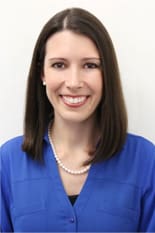 Dr. Sasala finished medical school at Ohio University in 1997 and did residency training at the Walter Reed Army Medical Center in D.C.

For 8 years, Dr. Sasala worked as a physician and active duty officer in the U.S. Army. He worked at the Tripler Army Medical Center in Hawaii, the U.S. Military Academy at West Point, and at a U.S. Army hospital in Germany, where he was the chief of pediatrics and oversaw the care of 15,000 children of military personnel.

After leaving the military, Dr. Sasala returned to New York and spent a year working at St. Luke’s-Roosevelt Hospital Center before entering private practice. He is the owner of Metropolitan Pediatrics. 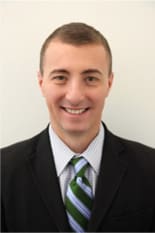 Dr. Saideman received her medical degree from SUNY at Stony Brook and completed her residency in pediatrics at the Albert Einstein College of Medicine.

Dr. Saideman has been affiliated with Long Island Jewish-Northshore University Hospital, Mount Sinai Hospital and Lenox Hill Hospital. She has been in private practice since 2000, and she worked at a pediatrics practice on the Upper East Side before joining Metropolitan Pediatrics.

She holds a master's degree in nursing from Columbia University and a bachelor's degree from Boston College.

Before attending graduate school at Columbia, Courtney worked as a clinical research assistant and research coordinator at the University of Chicago and at Weill Cornell Medical College. She joined Metropolitan Pediatrics in 2015. 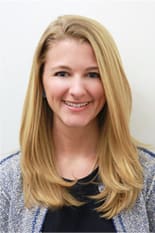 "I have been taking my kids to Dr Gervais for over 8 years and i am so amazed every time at the amazing patient care."
(read it on www.yelp.com)

"The doctors are ATTENTIVE, PERSONABLE, and NOT alarmists. They are thorough and very informative for any question you may have. We moved to Bergen County NJ and still go there because we love Dr Sasala and his staff that much."
(read it on www.google.com)

"Parking garage right next door to office. Backup Drs on staff in case your pediatrician is unavailable. Separate waiting area for infants/newborns so that rambunctious little toddlers don't accidentally hurt your baby. Easy to get appointments. My Dr, is affiliated with St Luke's hospital. Love it, love it, LOVE IT!!"
(read it on www.yelp.com)

"AN EXCELLENT PEDIATRICIAN WITH BEDSIDE MANNER! - Dr. Sasala is understanding while being an excellent clinician at the same time. He uses doctor sense and common sense. We really like that in any diagnosis he explains all of the options and is clear about what he recommends and why. My 2 year old daughter likes going to the doctor!"
(read it on www.vitals.com)

"get the best doc you can find. my ped is brilliant (upenn/suny stonybrook - she's a great diagnostician)
- dr. mara saideman"
(read it on www.urbanbaby.com)